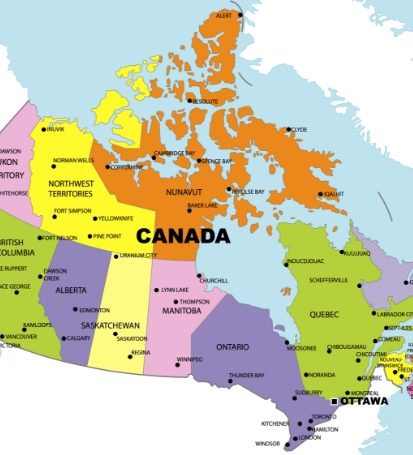 To ensure that their local needs are met, most of the provinces and territories of Canada have worked with the national government to establish the Provincial Nominee Program, also known as the PNP.

The PNP aims to provide work opportunities for skilled immigrant workers while meeting the unique needs of each province or territory.

Through the Provincial Nominee Program, a skilled immigrant can apply for a nomination in a particular Canadian province or territory where there is a demand for their occupation and skills.

Once a nomination has been issued by the province or territory, the worker can then apply to become a Permanent Resident of Canada with the national immigration authorities.

If approved for Canadian permanent residency through the PNP, the skilled immigrate and his or her family will be able to immigrate to Canada and settle in the province or territory that nominated them.

Although the reach of the Provincial Nominee Program is extensive, not all provinces and territories are participants in the program.

For example, the French-speaking province of Quebec doesn’t participate in the PNP, because they have their own program, the Quebec Skilled Worker Program (QSWP).

As such, they have their own requirements and procedures to follow, so skilled workers who wish to live in Quebec may apply through the QSWP.

For the Provincial Nominee Program or PNP, the following provinces and territories participate:

Since the PNP is tailored to cater to the unique needs of each province and territory in Canada, the requirements for an applicant to be eligible vary per location. This is why it’s best to check with the province or territory of choice regarding their particular requirements.

Nevertheless, there are some common criteria in order to qualify for the program:

Moreover, some Provincial Nominee Programs utilize a points system to gauge whether the candidate is eligible for the program. Some areas also require having a “connection” of some sort to the province/territory of choice.

Canadian Online Immigration can provide you with an assessment of your eligibility for a Permanent Resident Visa to Canada.

The procedures for application may differ from province to province, but all applicants must undergo two common steps as part of the procedure. They are as follows:

First and foremost, interested persons must apply to the PNP of the participating province/territory through either of their two application options: Non-Express Entry or Express Entry.

The Non-Express Entry Stream is the traditional PNP immigration process and submission of applications may be done either online or through regular mail.

On the other hand, the Express Entry Stream entails a quicker immigration process, but the procedure can be stricter. Applications through this system may be done by creating an Express Entry profile online.

This next major step in the PNP process entails submitting their official application to become a Canadian Permanent Resident, along with the necessary fees and other supporting documents, to the national immigration agency of Canada.

If their application is approved, they will receive their Confirmation of Permanent Residence (COPR) as well as their Permanent Resident Visa – the latter of which will be stamped in their valid passport.

Showing these documents to the Canadian immigration officers once the worker arrives in Canada is required.

After the foreign worker and his or her family immigrate to Canada, they will settle in the province or territory that nominated them to start their new lives as Canadian permanent residents.

When you become a Canadian permanent resident, you can receive many great benefits.

For example, a permanent resident of Canada can enjoy most of the rights natural-born Canadian citizens enjoy such as living in Canada for an indefinite amount of time, working in Canada legally, owning property, starting a business, receiving free or subsidized healthcare, having a driver’s license, attending educational programs, traveling to and from Canada, and sponsoring eligible family members so they may join them living in Canada.

One of the most prized benefits that a permanent resident has is the opportunity to become a Canadian citizen after living in Canada a minimum of 3 years and satisfying all of the requirements.

The Provincial Nominee Program (PNP) can open so many doors for skilled immigrants and their families and can serve as a small, yet, significant step towards achieving one’s goals.

To find out if you meet the criteria for immigration to Canada, click here!

DISCLAIMER: This information is not and should not be considered as expert or professional advice.